It All Started With “The Big 5”

Dr. Gary Michelson and his wife, Alya Michelson, formed the Michelson 20MM Foundation in 2010 (formerly The Twenty Million Minds Foundation) with one goal in mind: to tackle a broken textbook publishing model controlled by “The Big 5” (the nickname for the major trade book publishing companies in the United States).

The vision was lofty: create and provide for the use of a comprehensive, digital, higher education textbook library in an open-architecture platform to mitigate students’ expenses and, eventually, replace the costly commoditized textbooks of all high-enrollment general education courses.

In other words, build a new scalable publishing model to provide low-cost or free textbooks.

Dr. Gary Michelson first became involved in this effort when he learned from a group of professors at Santa Ana College, a two-year public institution in Orange County, California, that each term, several bright and qualified students failed to complete their degrees simply because they could not afford the increasingly expensive course textbooks.

After learning that a group of professors were pooling their own money to create a textbook scholarship, Dr. Michelson was inspired to join the cause since he, too, had experienced financial hardships as a college student that pushed him to work up to 2 jobs at a time while in school.

He began by contributing his own funds towards the textbook scholarship, but was committed to finding a more enduring solution to the textbook affordability crisis.

Dr. Gary Michelson has partnered with some of the leading philanthropic and educational organizations in the country, whether it’s the pragmatic and non-partisan philanthropy of the Hewlett Foundation, or General Assembly’s efforts to make educational technology more accessible online. Director of Programs and Operations Director of Programs and Strategic Initiatives 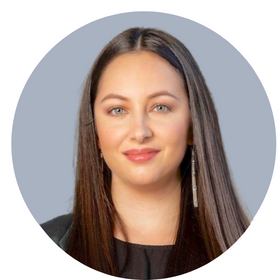 Our team consists of like-minded professionals that share Dr. Gary Michelson’s vision, to increase access to education and to improve lives along the way.

Questions about our partnerships and our mission? Don’t hesitate to get in touch with us!